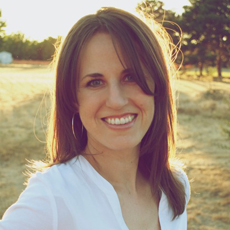 Sarah started learning ballet, jazz and tap in Mesa, Arizona at the age of five. At the age of 12, her family moved to Idaho, where she continued training in ballet and jazz. She performed and competed on her high school‘s dance team for three years, winning regional & national titles. She also continued formal dance training until graduation in 1995. After being personally invited to audition, she earned a spot on Boise State University’s Mane Line Dance Team. In 1996, she transferred to BYU-Idaho where she majored in dance. Sarah has been training under Robbin Elowe at SRB since 2010. She has taught both divisions at SRB for the past 5 years and has become highly proficient with SRB curriculums. Sarah continues to teach both divisions and currently heads SRB’s Introductory Division. Sarah also performs adult roles in SRB productions each year.

Sarah and her husband Brian have three children and have lived in the Phoenix area since 2004. Sarah had been searching for a challenging adult dance class when she found Studio R in 2010 and considers herself very lucky to have trained under Robbin Elowe for past several years.