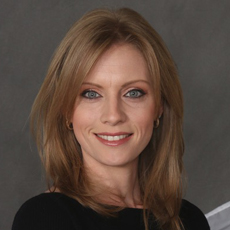 Heather Haar, began her ballet training in Honolulu, Hawaii. at the Hawaii State Ballet, under the direction of John Landowsky. After attending the summer ballet program at the Hartford Ballet in Connecticut, she was invited to join their studio company. Here she continued her training among ballet greats, Alla Osipenko and Franco Devita and performed with the company in The Nutcracker and George Balanchine’s Stars and Stripes. After a year with the Hartford Ballet, she accepted a company contract with the Nevada Ballet Theater. Here, she danced five seasons under the direction of Bruce Stievel, performing lead roles in Giselle, The Nutcracker, Fairy Doll, Peter Pan and Cinderella. As well as works by renowned choreographers, Choo San Goh, George Balanchine and Val Caniparoli to name a few.
While living in Las Vegas, Heather was accepted as a dancer with Cirque du Soleil. (Canadian entertainment company and the largest theatrical producer in the world). However, she decided to instead further her career as a ballet dancer by accepting a company contract with Ib Andersons Ballet Arizona.

During Heather’s seven seasons with Ballet Arizona she was featured in repertoire that included Swan Lake, Giselle, Coppelia, Don Quixote, Raymonda, Les Sylphides, Romeo and Juliet, La Sulphide and The Nutcracker. She also had the opportunity to add George Balanchine’s Rubies, Theme and Variations, Serenade, The Four Temperaments, La Valse, Divertimento No. 15, Concerto Barocco and La Sonnambula to her resume. She was a part of the founding creative team of the Phoenix based, contemporary summer company, Nova Ballet. Here she worked as a rehearsal director, and danced with the company for two seasons in works by Adam Hougland, Robert Dekkers, Emery LeCrone and James Jeon to name a few.

After a professional career that spanned over twelve years, Heather decided to retire from company life in order to spend more time with her growing family. She then began the next phase of her career, teaching at dance schools in Phoenix and discovered a new passion. Now after eleven years of teaching classical ballet to all levels, she also enjoys choreographing and setting new works on her students. Her goal remains to pass her love, knowledge and experience of ballet down to the next generation of dancers. When she is not teaching, her ultimate enjoyment is caring for her three young daughters.