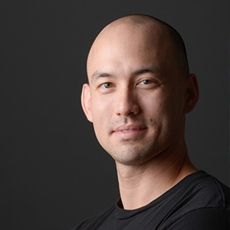 Joseph Cavanaugh pursued his professional training at the Virginia School of the Arts & later graduated with honors from the Royal Winnipeg Ballet School, Professional Division. He danced professionally for Ballet Arizona, under the direction of Ib Anderson, for the majority of his career. He was promoted to Ballet Master upon the conclusion of his performing career. He has been featured in works by Alejandro Cerrudo, Christopher Wheeldon, and Alexei Ratmansky in addition to the man original works by his director. His classes are heavily influenced by the teachings of David Moroni, Ib Andersen, Maria Simonetti, and Olga Evrienhoff of the Royal Ballet. Joseph also directed The Education and Community Outreach department for Ballet Arizona. Imparting understanding, accessibility, and practicality in the classical ballet vocabulary is a big part of his work. He designed and implemented creative aging dance classes for senior populations, experiential opportunities for those with dementia and their families, and dance/movement classes especially for the foster community. He is pleased to be working and living in his home state of Arizona.