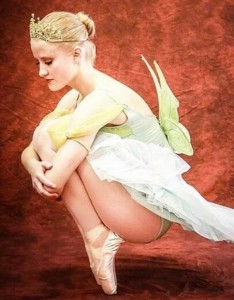 Kylee learned to walk on her toes and knew she wanted to be a dancer by age four. At nine years old she began to take a serious interest in ballet and was privileged to be a student of the first class of Studio R Ballet. In 2010 Kylee was a part of the first annual Nutcracker for the studio and performed the lead Arabian role six years in a row. In 2013 she auditioned and earned a spot in Ballet Arizona’s Summer Intensive Program performing at the end of the summer in their new school facility. She has taken classes under the direction of Robbin Elowe, Joseph Cavanaugh, Carlos Valcarcel, Daniel Baudendistel, and many other professional dancers. She is known for her stage presence as she performed in every show presented by SRB until the end of 2016.

Kylee also served as a teaching assistant at SRB for several years. Then in the Fall of 2016, she began teaching some of the Pre-Ballet levels as well as some of the lower levels in SRB’s Formal Division. She is continuing to instruct as she attends W.P. Carey’s Business School at Arizona State University through the Barrett Honors College Program.”