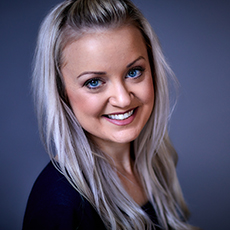 Ashley was born and raised in Orange County, California and relocated to Arizona in 2015. She received her Bachelor’s Degree in Psychology from California State University, Fullerton. Her dance training began at Inland Pacific Ballet where she had the opportunity to perform in ballets such as The Nutcracker, Swan Lake, Sleeping Beauty, Giselle and Coppelia. During her time in college she was able to study many other genres of dance and be featured in annual dance concerts as well as receive a Dance Scholarship for her choreography piece Nocturnal Visions. She also spent two summers training at American Ballet Theatre in New York City as well as a summer training with the Jose Limon Dance Company. When she was 17 years old Ashley started a thirteen year career with the Walt Disney Company in Anaheim. She spent the first six years as a performer doing shows and character work as well as being featured in the 50th anniversary parade, Parade of Dreams. From there she went on to work with the Disney Performing Arts program assisting with workshops, guest performances, special events and production coordination. Her last three years were spent as an Administrative Assistant to the Entertainment Division Operations Manager. From her time spent in New York City she developed a passion for Musical Theater. Since then she began doing theater and has performed in shows such as: The World Goes ‘Round (Downey Civic Light Opera), Evita (GEM Theater), Legally Blonde (Covina Center for the Performing Arts), and the following shows here at the Hale Theatre in Gilbert: Anything Goes, West Side Story, Seven Brides for Seven Brothers, Thoroughly Modern Millie, Joseph, Meet Me in St. Louis, Christmas Carol, No No Nannette, Annie, Singin’ in the Rain, Newsies and Hello Dolly. In addition to theater she was also a featured dancer at the Mattel Awards in Los Angeles, CA. She has been teaching for sixteen years at dance studios all over Southern California and in Arizona in all styles and genres of dance. Ashley has choreographed routines for regional and national competitions and those routines have been placed in the top 10 at Move, Spotlight and Showstoppers. She received an award for “Outstanding Choreography” at Spotlight Dance Cup in 2015. In addition to teaching and performing Ashley choreographs musical theater locally and has choreographed such shows as: All Shook Up (MCC), Young Frankenstein (MCC), Bye Bye Birdie (MVHS), Seussical (HAQC), Shrek (MCC), Beauty and the Beast (HAQC) and Mamma Mia (MCC). Ashley absolutely loves teaching and is excited to share her passion for the arts with those students at Studio R Ballet.